The best history and politics books of 2022

“You put up a billboard, they go and lynch you”: Dokubo says Wike sponsors thugs

PAY ATTENTION: Сheck out news that is picked exactly for YOU ➡️ find the “Recommended for you” block on the home page and enjoy!

A former leader of the militants in the Niger Delta region, Asari Dokubo, has alleged that the governor of Rivers, Nyesom Wike, is making the political space is state unfriendly in the 2023 election campaigns in the state.

Dokubo alleged that Wike is stifling opposition campaigns in the state with his “illegal executive orders”.

According to the ex-militant leader, Wike is preventing the political opponents from campaigning and sponsoring thugs against them.

He also alleged that Wike is preventing other political parties from having access to space to campaign and that these spaces are not public and government spaces, but traditional spaces such as playing grounds and so on.

When he was asked if Wike actually stopped political opponents not to campaign or if he only ask them to pay and go ahead with their campaigns, he answered: 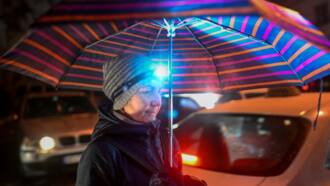 Half of Kyiv residents still without electricity after strikes

“Who does he pay when his candidate is campaigning? You put up a billboard, they go and lynch you and pull down the bill board”

Dokubo alleges that in a viral video, some people were beaten up for daring to put up a billboard of Atiku Abubakar, the presidential candidate of the PDP in the state.

How to take a penalty, and how to save one? With the World Cup’s knockout…

The best history and politics books of 2022