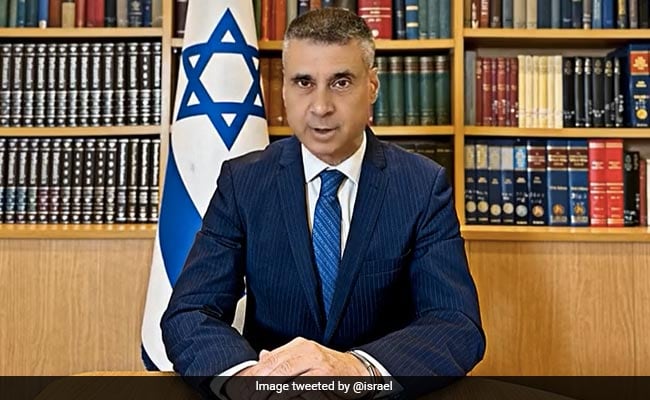 Israel called this their “next AI obsession”.

Israel has shared a video address in Hindi, highlighting how artificial intelligence (AI) has eased communication in various languages. The video showed Ambassador David Saranga, Head of Digital Diplomacy Bureau in the Foreign Ministry of Israel, speaking on the AI innovation in Hindi.

“In 2022, our social media content uploaded in various languages got exposure to two billion people and thousands from across the world joined us. To know more about the innovations by Israeli embassies, follow us on different social media platforms. We’ll be happy to continue this conversation,” he said.

Israel called this their “next AI obsession” and asked users to suggest which languages they should try. Sharing the Hindi video, which was in response to a request by a user, Israel tagged the Indian embassy and asked what it thinks of the Hindi translation. The Indian embassy in Israel responded, “We were in for a surprise.”

The video was also shared with Turkish and Greek translations. Israel thanked a home-based company, D-ID, which helped it with communicating in languages from across the world.

“AI-Diplomacy: We know everyone’s talking about #ChatGPT but we have officially found our next AI obsession. Thanks to Israeli company @D_ID_ we can now communicate with audiences around the world in their native languages,” Israel said.

ChatGPT is a new AI chatbot that has become the latest fad online with several users who tried it posting their conversations on social media.