US tech war has taken its toll, and now China has nowhere to hide

ByteDance’s TikTok remains an especially contentious topic. This year is expected to be critical for the short video app, which has faced pushback from politicians in Washington. 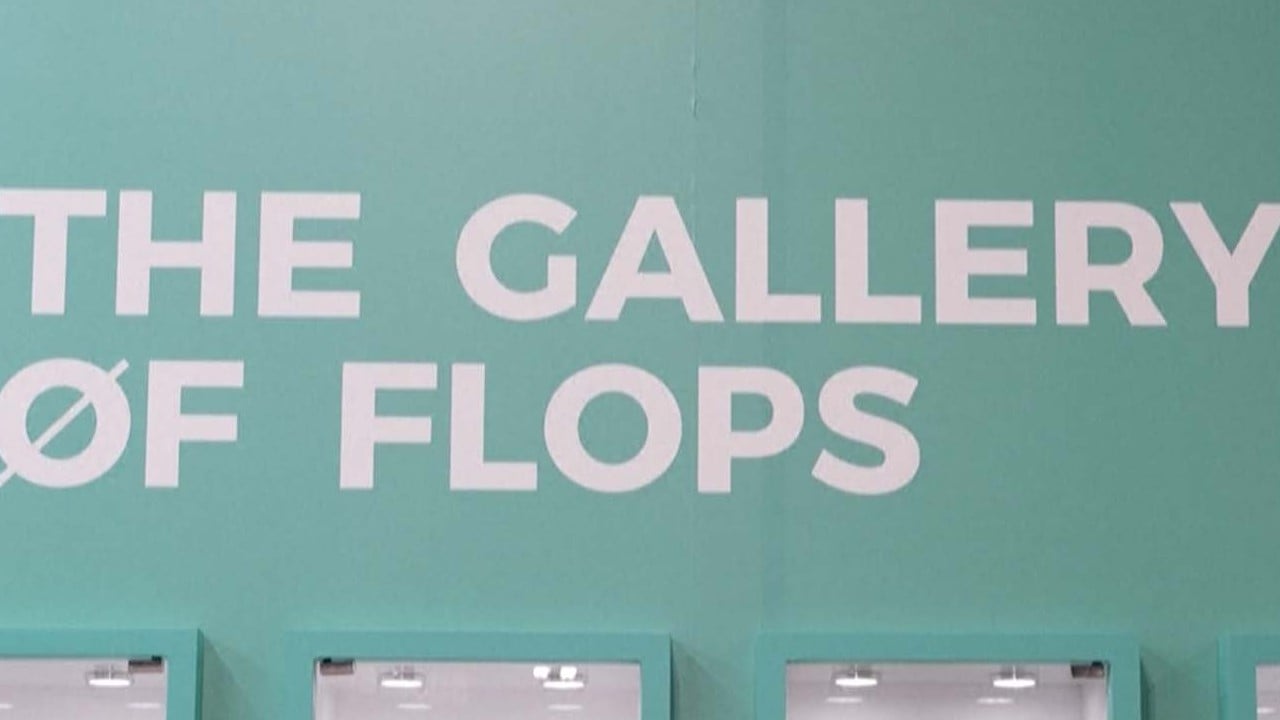 For reasons that may be obvious at this point, Taiwan’s interests look more aligned with those of the US than ever after 2022. Things came to a head in August when then-House Speaker Nancy Pelosi defied Beijing’s warnings and visited Taiwan, with China running live-fire drills around the self-ruled island after her departure.

Yet, the big tech news with Taiwan over the past year has been semiconductors. Washington has ramped up export restrictions on China to curb its ability to manufacture advanced chips – an area of the industry dominated by Taiwanese firms. The US has been seeking to reshore some chip production through incentives like those included in the US$53 billion Chips and Science Act.

It has also been escalating restrictions on Chinese firms. A big blow came in October when the Bureau of Industry and Security added 31 more companie, research institutions and related groups to its “unverified” list, with the potential for greater sanctions later on.

This is what happened to Yangtze Memory Technologies Corporation (YMTC), China’s top memory chip maker. In December, it was added to the Entity List, which restricts business dealings with US companies without approval.

Still, the electronics supply chain is too inextricably linked to China for companies to completely pull out, even as they face increasing political pressure to move operations. Despite the winds in Washington blowing against China, electronics assembly in the country has never really been a problem. Much of that work has been outsourced to Asia for decades, as it is on the lower rung of the manufacturing ladder.

The main concern for Washington is that China will do what Japan, South Korea and Taiwan did before it: turn cheap product assembly into technological advancement that rivals the US.

Last year, Huawei filed a patent for extreme ultraviolet lithography (EUV), a process that can be used to make 7-nm chips. Before it was sanctioned by the US, Huawei had been gaining ground with its chip designs by fabless subsidiary HiSilicon. A patent for EUV lithography does not mean it can be achieved, though, as Dutch firm ASML currently has a monopoly on such equipment.

There may be days when Chinese officials wish they had stuck with former leader Deng Xiaoping’s policy of hiding strength and biding time. But with nearly every piece of tech with ties to China now under scrutiny, it seems there is nowhere left to hide, and the bickering is only getting louder. 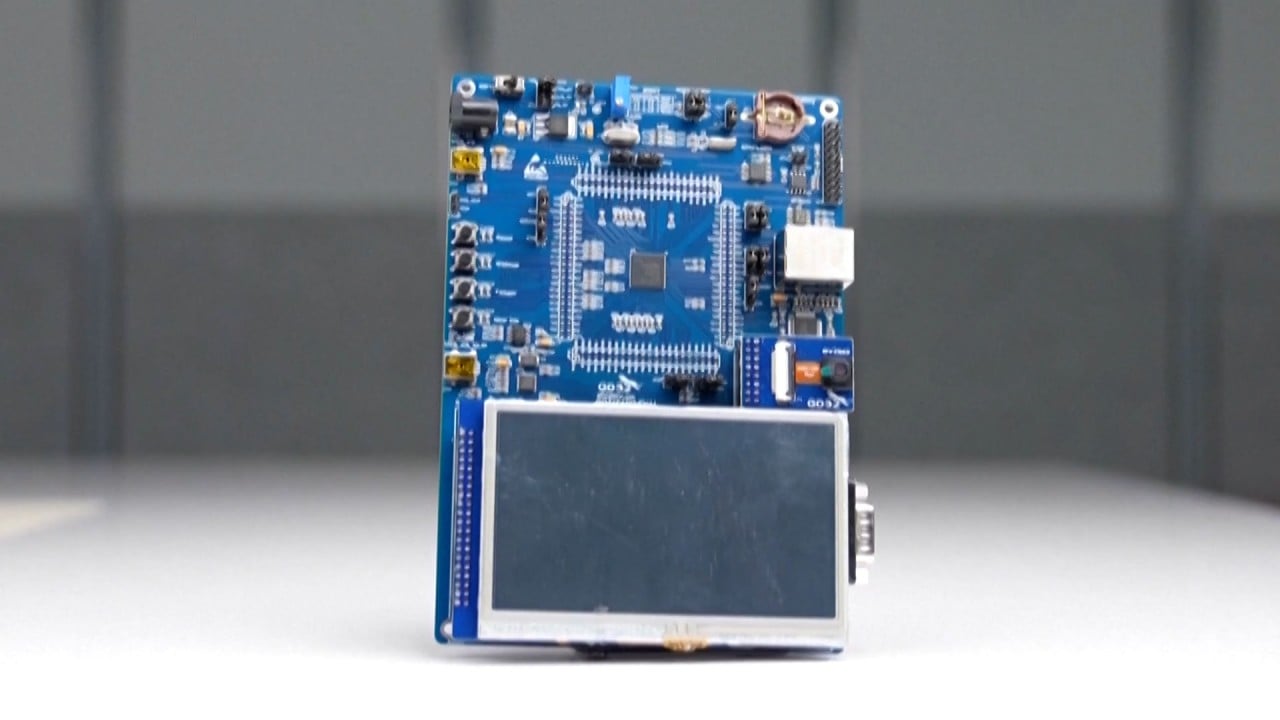 Four days before Christmas, while China was battening down the hatches to survive the explosion of Covid-19 infections around the country, the world’s largest contract assembler of electronic gadgets quietly finalised plans to relocate some of its Apple iPad and MacBook production to Vietnam.

The move by Foxconn Technology Group, on the drawing board since late 2020, is expected to become reality this year, with the first products expected to roll off its plant in Vietnam’s Bai Giang province as early as May.

The communications manager of a multinational tech corporation that makes sustainable smart devices in China stressed that it is a global company, not Chinese.

The company’s public relations materials say it has “operational headquarters” in the US, Europe and another Asian country, but don’t mention Shenzhen – though its official website names Shenzhen on top under “headquarters”. And the company plans to move its manufacturing somewhere outside China.

Chinese strategist Wang Xiangsui published a book in 2017 entitled One of the Three: China’s Role in a Future World, in which he described a global future that sees three main blocs emerge: North America, Europe and pan-Asia.

Borrowing a page from Luo Guanzhong’s literary classic Romance of the Three Kingdoms, Wang says China will take on leadership of the pan-Asia bloc. “China should be happy to have one third of the world under heaven,” Wang said in an interview with the Observer, a Chinese nationalist website, in late 2020.

China has a long history of biting back when other countries adopt policies it does not like. In 2020, when Australia called for an investigation into the origin of the Covid-19 virus, it was hit with duties and bans on barley, wine, wheat, wool, copper, timber and grapes totalling over US$1.3 billion.

After Meng Wanzhou, chief financial officer of Huawei Technologies, was detained in Canada in 2018 for allegedly violating US sanctions against Iran, Beijing quickly detained two Canadians in China and blocked or slowed a slew of farm imports from Canada.

Who controls TikTok? ByteDance unable to allay fears in the West over Chinese state influence and data access

TikTok, the most successful Chinese app outside the country where it was founded, has been unable to allay concerns from the US and its allies about access to user data owing to an ambiguous corporate structure that suggests at least some top decisions are still being handled in Beijing.

The development of TikTok remains under the influence, directly and indirectly, of multiple people and governments across several countries, according to interviews with multiple employees and analysts by the South China Morning Post. As a result, one of the most widely used apps in the world, with more than 1 billion users, has become caught up in a complicated web of technology, money and power as its corporate parent seeks to maintain ownership of its prized jewel.

2023 will be critically important for China’s largest unicorn, ByteDance, as it faces ongoing political uncertainties from Washington with regard to its hit TikTok app, while at home Beijing’s policies will continue to shape its China operations, according to analysts and executives.

The elephant in the room for ByteDance is the future of TikTok, the first China-owned app with global reach, as its security deal with the Biden administration to continue its operations in the US was reportedly delayed by a growing backlash from American politicians who questioned the platform’s links to China.

Robert Tsao is making waves. The founder of United Microelectronics Corp (UMC), Taiwan’s second-largest chip manufacturer, was one of the self-ruled island’s semiconductor gurus to pour money and technology into mainland China two decades ago, upsetting the administration in Taipei at the time. Now he faces Beijing’s ire.

Tsao, 75, has become the industry’s public face of standing up to mainland China, promising in August to donate NT$3 billion (US$100 million) to the island’s defence to fend off a possible attack. In a press conference in Taipei last week, Tsao stood in a blue, bulletproof vest and vowed that he would “never live to see Taiwan become another Hong Kong”. Read more

Global Impact is a fortnightly curated newsletter featuring a news topic originating in China with a significant macro impact for our newsreaders around the world.