THE brutal murders of Richard Trenton Chase, who killed six and mutilated some of the bodies, continue to haunt those affected by the crimes 45 years later.

Chase was known as the Vampire of Sacramento for his sadistic tendencies in the California city that included necrophilia and cannibalism.

Teresa Wallin, a 22-year-old woman who was three months pregnant, was Chase’s second victim and her murder still affects her husband at the time, David.

A sales executive at a linen company, David set off for a 250-mile round trip to Lake Tahoe the morning of January 23, 1978.

He expected to be back home later that afternoon, but his truck broke down 30 miles outside of Sacramento, and hours spent waiting for repairs meant he didn’t return until after dark.

When he finally walked back through the front door just after 6pm, David found the home in complete darkness. 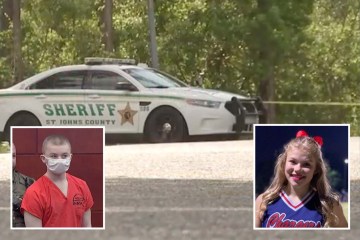 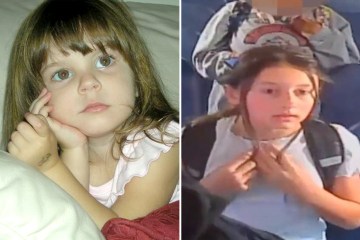 Their dog, a German shepherd, was sitting waiting inside but there was no sign of Teresa.

Strangely, the stereo had been left playing, and a garbage bag full of trash lay in the middle of the hallway, surrounded by dark stains on the carpet that he initially mistook for oil.

David followed the stains through the hallway and towards the bedroom.

The expectant father then began uncontrollably screaming and wailing as he looked down to see Teresa lying on her back in the doorway, with her torso split open, her intestines pulled out, and her underwear down by her ankles.

“I had no idea where I was, or who or what I had seen,” David told The U.S. Sun. “It was just beyond all comprehension.

“All I know is the noise I was making; I was screaming and screaming so much that my neighbors raced over to help me.”

Tragically, Teresa was one of six people killed in Sacramento between December 1977 and January 1978.

Teresa’s brutal murder was preceded by the killing of Chase’s first victim, 51-year-old father-of-two Ambrose Griffin, who was randomly gunned down on December 29 as he helped his wife bring groceries in from their car.

His final murders would come on January 27, when he entered the home of 38-year-old Evelyn Miroth, who was babysitting her one-year-old nephew, David.

Also inside the home were Eveyln’s six-year-old son Jason, and Dan Meredith, a neighbor who had come over to check on her.

Evelyn was in the bath while Dan watched the children. He went into the front hallway as Chase entered the home and was shot in the head at point-blank range.

Chase shot Jason as he attempted to run into his mom’s bedroom to hide, and also executed David at point-blank range.

The twisted killer then forced his way into the bathroom, where he fatally shot Evelyn once in the head.

He dragged her corpse onto the bed, where he had sex with it while simultaneously drinking her blood from a series of cuts he’d made with a knife at the back of her neck.

Once he had finished, Chase stabbed Evelyn’s corpse half-a-dozen times in the anus and other parts of her body. He then cut her body open, removed several organs, and once again started drinking her blood.

Chase then went to retrieve David’s corpse, split his skull open, and began eating parts of his brain.

A knock at the door from a child Jason had a scheduled playdate which startled Chase.

He fled the home with David’s body and continued to cannibalize the corpse before disposing of it at a nearby church.

Chase was arrested by police five days later. His sickening spree of crimes would later earn him the moniker, the Vampire of Sacramento.

Born on May 23, 1950, the disturbed child was known to torture animals and set fires.

As he got older, he became a heavy drug user and was in and out of mental institutions.

In the infamous murder trial following his arrest, he pleaded not guilty and cited insanity.

However, the jury found him guilty of six counts of first-degree murder and sentenced him to death on May 8, 1979.

He was placed on death row but was found dead in his prison over a year after his sentencing.

The serial killer had been given prescribed medication, which he saved up to eventually overdose.

Forty-four years on, David said he has never found any form of closure over Teresa’s death, insisting there’s actually “no such thing.”

“I don’t believe in the word closure,” he said. “It never leaves.

“Each and every time I have to go right back to, you know, opening that door and walking into what I walked into.”