In a tender released on Tuesday, the District Council of Kimba invited quotes for a new brand strategy that will “empower Council, business and residents to tell its own story and unite people”.

The six-year debate about whether to store low and medium-level radioactive waste in Kimba has brought national and international media attention to the small Eyre Peninsula farming town, which has a population of just over 1000 people.

“[Kimba] is a beautiful rural community of residents who have chosen to live, work, raise families and retire in a safe environment,” the council tender states.

“The region is attracting significant national and international attention as the plans for hosting the National Radioactive Waste Management Facilities go ahead.

“Kimba is seeking to create a brand that will ensure that when the eyes of Australia turn to Kimba, they see beyond a radioactive waste facility and see Kimba in the way the community want it to be recognised.”

The tender outlines that the successful contractor must hold public forums and stakeholder meetings to “[determine] how the community wants to be understood in the market”.

Kimba Mayor Dean Johnson told InDaily he would prefer Kimba – the winner of the 2021 Agricultural Town of the Year award – to be recognised first as a “really friendly and welcoming town”.

“The media has been concentrated on the search for a national radioactive waste management facility,” he said.

“But we recognise our town and our community as much bigger than that.

“We’ve got an enormous amount of tourist attractions in our community, and we’ve worked really hard on things like our free camping areas and just other things to support tourists that come to our community.”

Asked if the nuclear waste facility was a branding issue for the town, Johnson said: “No, I don’t believe it is, but we want to do all we can to address the possible connotations that people may have preconceived ideas.”

“We really want to educate people and help show that the community is much wider than any single issue and just showcase our district as a wonderful place to come and visit.”

Johnson has previously expressed his support for the waste facility, arguing it would help diversify Kimba’s predominately agricultural economy and “[guarantee] the future for nuclear medicine that benefits every single Australian”. 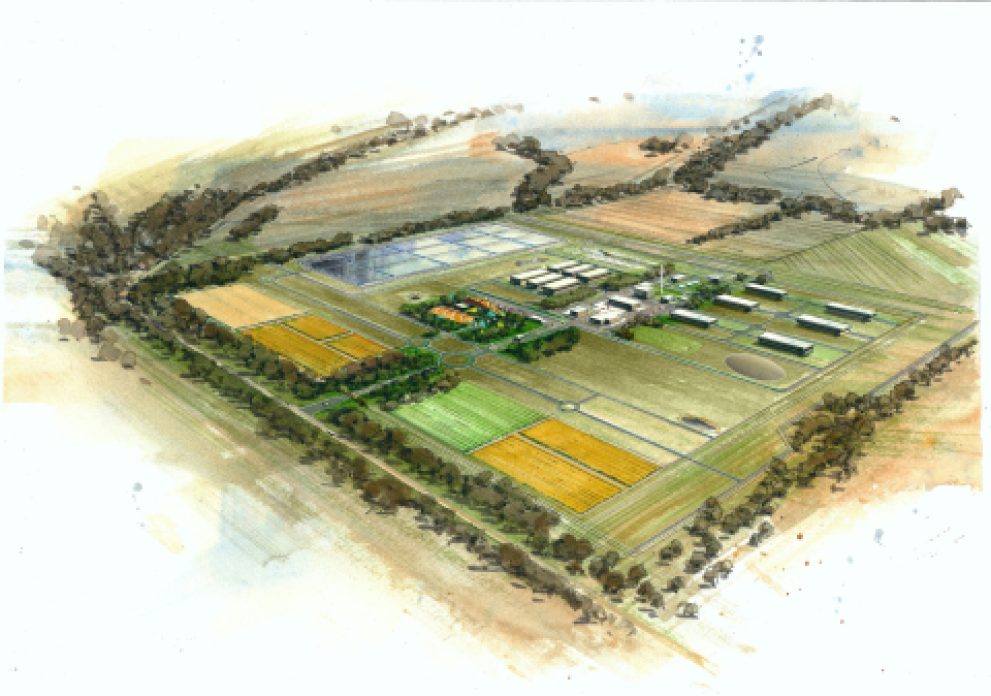 Artist impression of the 211ha nuclear waste facility earmarked to be built in Napandee near Kimba. Image supplied.

Preliminary investigative works on the 211-hectare agricultural site earmarked for the waste dump began late last year, despite the project being subject to a legal challenge from the Barngarla Determination Aboriginal Corporation (BDAC), which holds native title in the site’s surrounding areas.

Fears about the facility’s potential impact on local tourism and agriculture have been raised before.

In May 2022, Conservation Council SA, the state’s peak environmental body, called for a parliamentary inquiry to examine a range of concerns about the waste dump, including “potential adverse impacts on reputation-sensitive economic sectors including agriculture and tourism”.

A 2018 study commissioned by the federal Department of Industry Innovation and Science found “no credible evidence of any adverse impacts” on other towns across the world which have hosted radioactive waste facilities.

Federal Resources Minister Madeleine King earlier this month visited Kimba for the first time as minister to meet with community members and “discuss how the social and economic benefits of the project could be maximised for the local community”.

She also said she met with the BDAC Board during her visit. 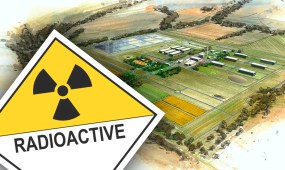 King supports the waste facility progressing, although Premier Peter Malinauskas has said the Barngarla people should have a right to veto the project.

According to the federal government, the national nuclear waste facility will create 45 jobs during operation and Kimba will receive a “community development package” worth up to $31 million.

The package includes a $20 million community fund for long-term support, an $8 million grants package for economic and skills development and $3 million from the federal government’s Indigenous Advancement Strategy to support opportunities for First Nations people.

The nuclear facility, once constructed, is expected to be in place for more than 100 years.

A 2019 poll of 824 Kimba residents returned 61.6 per cent support for the nuclear waste facility proposal.

However, a separate poll of BDAC members returned a unanimous “no” vote from 83 participants.

Media diversity is under threat in Australia – nowhere more so than in South Australia. The state needs more than one voice to guide it forward and you can help with a donation of any size to InDaily. Your contribution goes directly to helping our journalists uncover the facts. Please click below to help InDaily continue to uncover the facts.