A group of members of Maratha Mahasangh were seen writing words like ‘Jahir Nishedh’ and ‘Jai Maharashtra’ with black paint on a Nippani-Aurangabad bus in Pune district on Thursday. 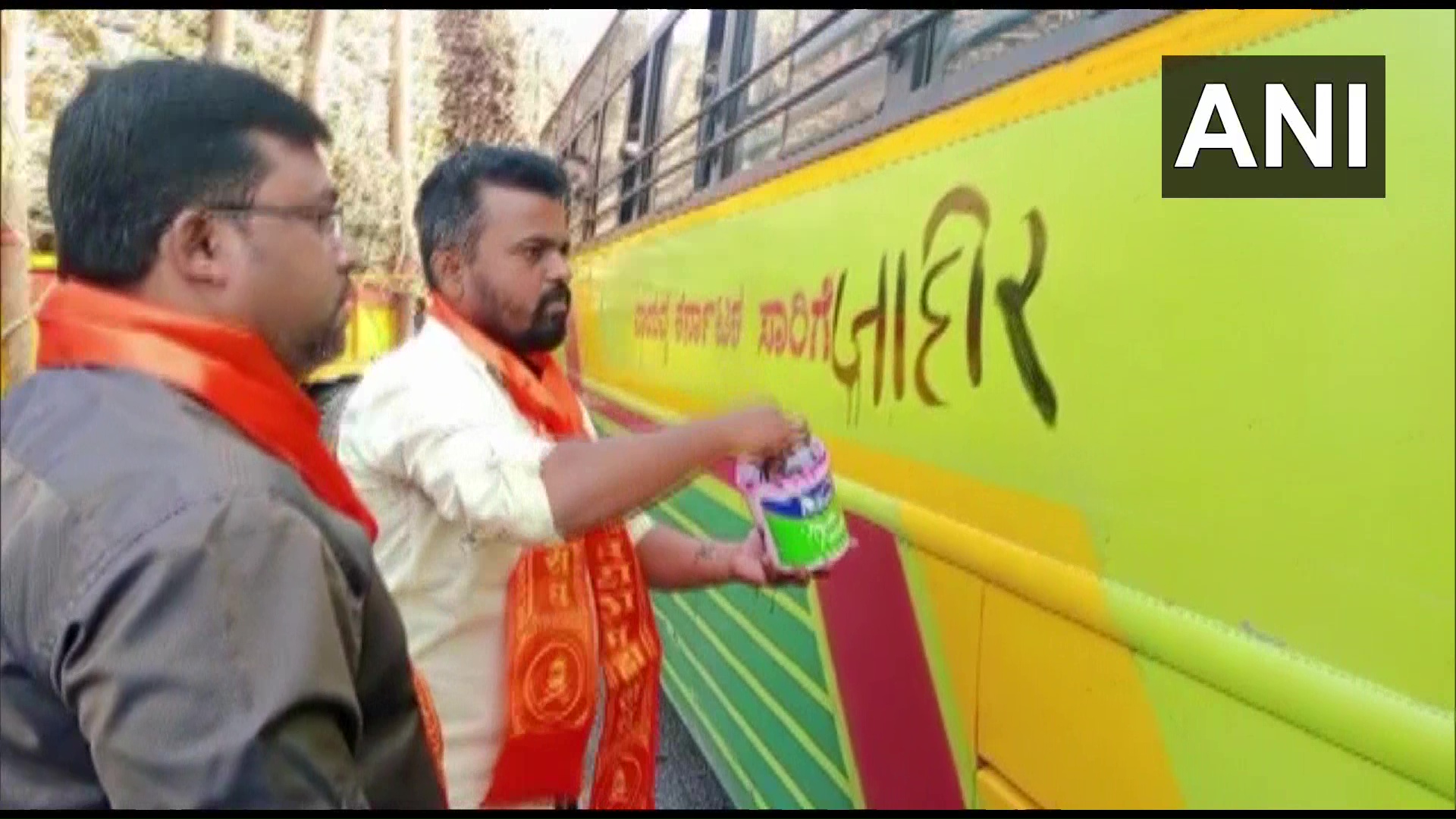 They stood in front of the bus operating under the Karnataka State Road Transport and shouted slogans against Bommai.

“Maharashtra Deputy Chief Minister Devendra Fadnavis has made a provocative statement on the Karnataka Maharashtra border issue and his dream will never come true. Our government is committed to protecting the country’s land, water and borders,” Bommai tweeted on Wednesday evening.

Bommai had earlier said that the border row has become a political tool in Maharashtra, and any party in power will raise the issue for political purposes.

“My government is capable of protecting the borders of Karnataka and has taken steps also,” Bommai had said.

Bommai claimed that some villages in Maharashtra’s Sangli district, which are having a water crisis passed a resolution seeking their merger with Karnataka.

However, the Maharashtra Deputy Chief Minister denied the claims and said that no such village has sought a merger with Karnataka in recent times. (ANI)

This report is auto-generated from ANI news service. ThePrint holds no responsibility for its content.

Can the world agree on how to save its last wild animals?

Can the world agree on how to save its last wild animals?