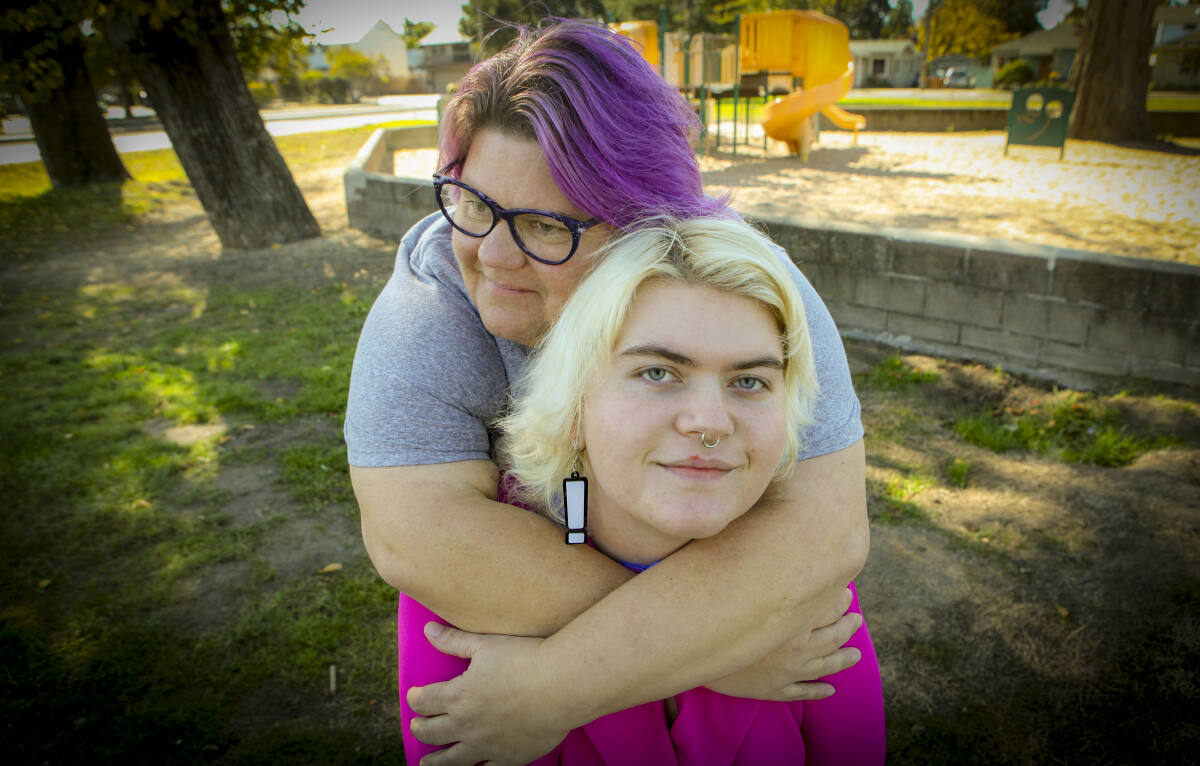 
That’s why in late September, when his mania started to spiral once again and he couldn’t see a therapist anytime soon, Miles decided to take a wait-and-see approach.

“How I work internally still with my mental illness is that I’ll just kind of sit and seethe with (my symptoms). I won’t really vocalize how I’m struggling,” Miles said. “I just don’t want to feel like I might inconvenience someone or that they need to be responsible for how I’m doing.”

Two weeks later, nothing got better, leading Miles to think that going to the emergency room would be the best option to alleviate his situation.

“We got to Kaiser in Santa Rosa and they were really busy, really busy,” said Miles’ mother Lori, speaking in a phone interview less than a week after he went to the hospital. “And I’ll give them that. I was in the medical profession and I get it. I absolutely get it.”

After evaluating Miles, caregivers determined he was a “5150,” the number of the section of California’s Welfare and Institutions Code for when a patient is deemed to pose an immediate danger to themselves. Under state law, it allows health professionals to place the patient under emergency 72-hour monitoring.

So Lori proceeded to the waiting room, where she stayed patiently for hours before being sent home to wait for an update call on Miles’ status. That call didn’t come until nearly 24 hours later, she said.

Meanwhile, according to Miles, the guard stationed with him never did use his metal detector.

“In the bag that I had brought, I had a journal, and I think it’s common for people who have a history of self harm to hide things they use to do that with. And I do that, I have a very large history of that,” Miles said.

“And in my journal, I was hiding razor blades that I had since forgotten about but were still in there nonetheless. And what I can only assume happened – because they weren’t taken from me, because they weren’t found – I had seen them and it, in my manic state, triggered me.”

Being in a manic state, the next thing Miles remembered clearly was the deep gash in his throat, and the panicking hospital staff discovering what had happened.

Miles said it was midnight at that point, and though the cut wasn’t life-threatening, a doctor advised that he needed stitches. But Miles didn’t see anyone again to get those stitches for six more sleepless hours, he said.

“It was just the longest six hours of my entire life,” Miles said. “I was left alone in the room. No nurse came in to talk to me. At that point I was left alone, I think, because I might have been regarded as a danger to others. I don’t know, but it sorely did hurt because I knew I wanted to talk to people at that point in time, but I didn’t get that.”

What also disappointed him was that hospital staff gave him Seroquel, a medication used to treat mood and mental health conditions. It also was known to give Miles negative side effects, such as extreme drowsiness and difficulty breathing.

He said he had directed medical staff not to give it to him at the time of checking in, when they ask patients if they are allergic to any medications.

“It’s the one thing I told you not to do and you’ve done it,” Miles said. “I felt out of loop for the next week, I couldn’t remember the time or the date. And I’m sure the stress on top of that wasn’t helping. It was just all around very frustrating. It was terrifying.”

Asked about this incident, Kaiser representative McCall reiterated Kaiser’s statement that they will not comment on specific cases.

After a day at Kaiser, Miles was transferred to a stabilization facility, also in Santa Rosa, where he stayed for two days before going to St. Francis Memorial Hospital in San Francisco for three weeks. Miles said after the incident in the Santa Rosa Kaiser hospital, his status was upgraded to a “5250,” which extended his holding period to at least two weeks.

On Oct. 21, Kaiser came to a four-year agreement with its workers union that “will enable greater collaboration aimed at improving access to mental health care,” the provider said in a statement at the time.

“We appreciate our therapists’ confidence in this agreement, which addresses the concerns they expressed, while upholding Kaiser Permanente’s commitment that any agreement must protect and enhance access to mental health for our members,” the Kaiser statement said. “We are glad to have all our employees back, caring for their patients.”

Not all details of the agreement were made clear, such as whether Kaiser would guarantee weekly therapy to members in need – something Miles said might have made for a much better experience during his recent episode.

“I don’t benefit from irregular, monthly therapy. I would do better under weekly therapy,” he said.

Now discharged from St. Francis and back in Petaluma, Miles is looking to start his first semester at Santa Rosa Junior College as a nursing student. His dream of becoming a medical professional was inspired by his own experiences – not only with mental health, but physically as well, after growing up with an injury caused at his birth that eventually led to the amputation of one of his arms.

“Some of the best times I’ve had, medically, has been with my nurses, getting to know my nurses,” he said.

“People deserve adequate, equal health care, and having been on the other side of not receiving it, has made it glaringly obvious that there’s work that needs to be done.”