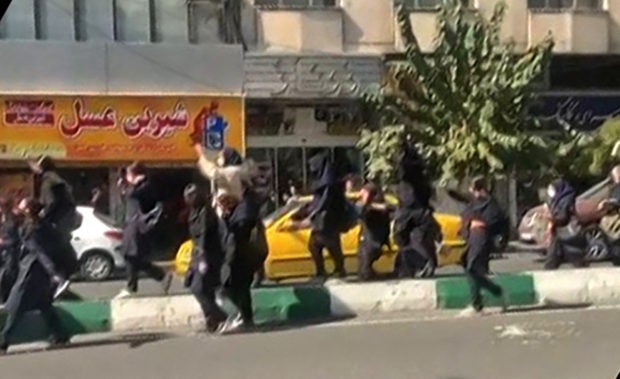 TEHRAN — An Iranian minister has called for greater tolerance towards women not wearing mandatory headscarves, amid months of protests triggered by the death in custody of Mahsa Amini, media reported Thursday.

Tourism and Heritage Minister Ezzatollah Zarghami, speaking after a government meeting on Wednesday, referred to the fact that increasing numbers of women were being seen without wearing a hijab since the September 16 death of Amini.

“Closed-mindedness unfortunately exists in the country, but we can no longer be hard on the people,” Zarghami said, the ISNA news agency and several newspapers reported.

“To develop tourism and improve social life, you have to open up space, understand the people and not be strict with them,” he added.

Zarghami said he advised a “man who behaves harshly” towards a woman not wearing headscarf to “close his eyes if looking at her excites him”.

Amini, a 22-year-old Iranian Kurd, died in custody after being arrested by morality police for allegedly breaching the country’s strict dress code.

Zarghami was strongly criticized by ultra-conservatives in October after reportedly criticizing the morality police.

Since the outbreak of the protests, the morality police unit charged with enforcing the hijab rules has been less visible and women have taken to the streets without mandatory headscarves.

But authorities signaled less tolerance since the start of the year, with police warning that women must wear headscarves even in cars.

Earlier this month, the prosecutor general issued a directive in which “police were ordered to firmly punish any hijab violations”, and that courts should sentence and fine violators, with “additional penalties such as exile, bans on practicing certain professions and closing workplaces”.

Iran says hundreds of people, including security personnel, have been killed and thousands arrested in connection with the protests, which they generally describe as “riots”.

Don’t miss out on the latest news and information.