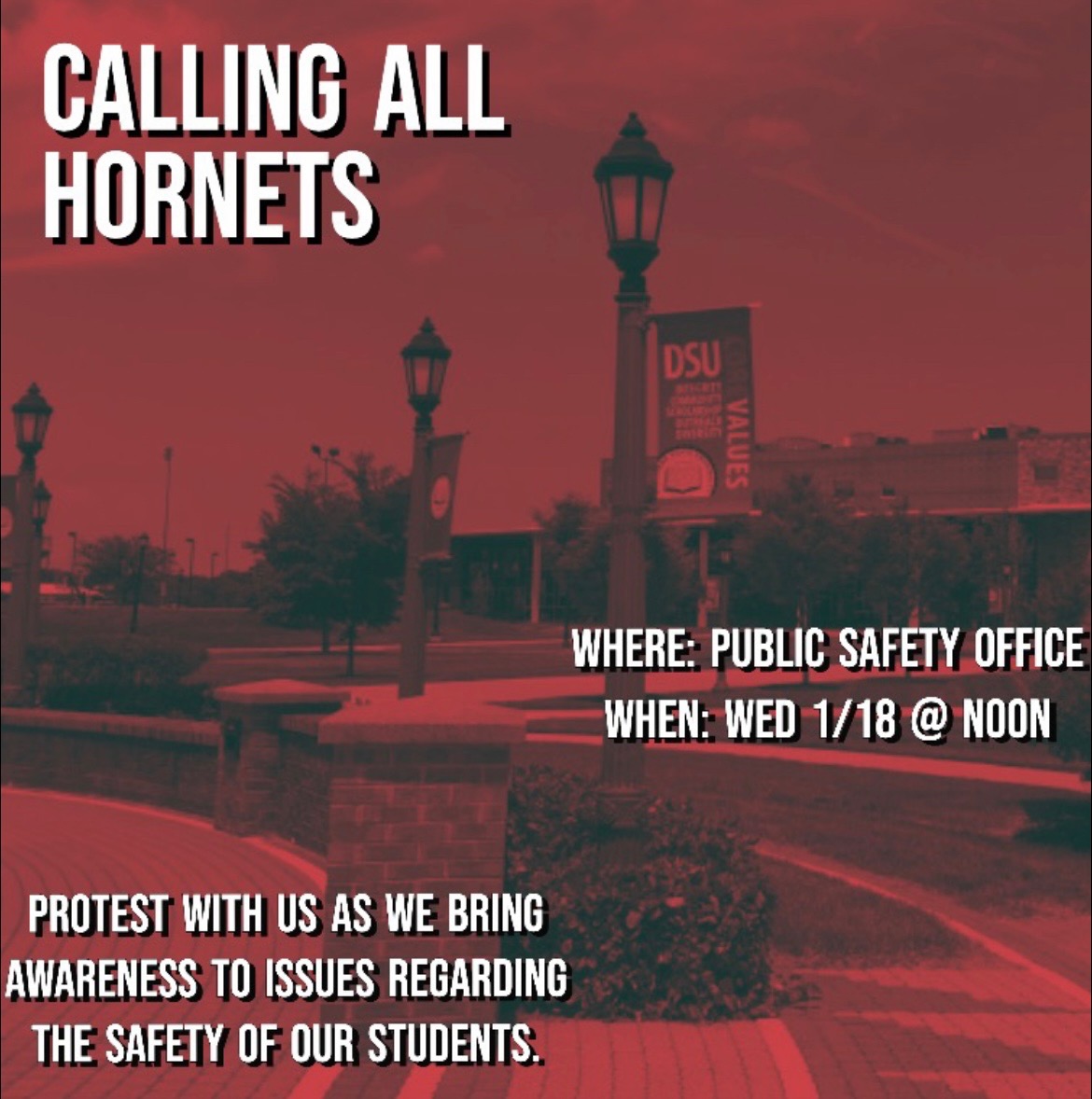 Delaware State University students have been in an uproar the last few days. On Friday, January 13 students were informed via email of another case of sexual assault on campus, this time in Tubman Laws residential hall. This marks the fifth sexual assault case since the start of the 2022-2023 academic school year.

In response to the frustration surrounding the campus, the student government association (SGA) held a town hall meeting on Tuesday, January 17th. The town hall presented students with an opportunity to voice their concerns in hopes for a resolution. Due to the lack of administration and public safety present at the town hall meeting, many students left with concerns and questions unsolved. As a result, the student body conducted a protest in front of the university’s public safety building demanding answers and a call to action.

Students gathered in support and solidarity to share their experiences and concerns with public safety. These concerns included issues regarding the general safety of the campus, public safety negligence to students experiencing sexual assault or harassment, and lack of resources available on campus. An anonymous student shared that she “had to beg her mother to let her come back [to attend the university]” after sharing her experience with sexual harassment/assault.

Another student spoke on their experience in which public safety officers neglected their responsibilities, “I called Public Safety saying someone in my building had a gun and nobody came.”

Demonstrators made their voices heard through their expression of outrage, anger and fear, making it clear that those committing such heinous acts need to be addressed and held accountable. The crowd consisted of all genders, some as allies and others a survivors. Common themes throughout the protest included accountability, consent, and what consent looks like.  One student emphasized the various ways the word “no” may be expressed, and that consent cannot be given if an individual is under the influence.

“We shouldn’t be here crying about this… you have sisters, aunts, cousins that you wouldn’t want in this position.” said Nasai Oliver, a junior at DSU.

The students have made it clear that they are not letting this issue go unacknowledged and appear to be taking the lead in calling out the sexual assault that is prevalent on HBCU campuses and higher education institutions in general.

After voicing their concerns to public safety, students demanded a response from DSU President Tony Allen. Their attempt to gain access to the Claiborne Administration building to speak directly with Tony Allen was unsuccessful. However, President Tony Allen did speak with 3 students to discuss the ongoing issues of safety on campus. As a result it was announced that the following day, January 19th at 6pm, a town hall would be held in the Education and Humanities theater. The town hall would consist of a panel including President Tony Allen, public safety’s spokesperson Chief Cummings, SGA, and other faculty members.