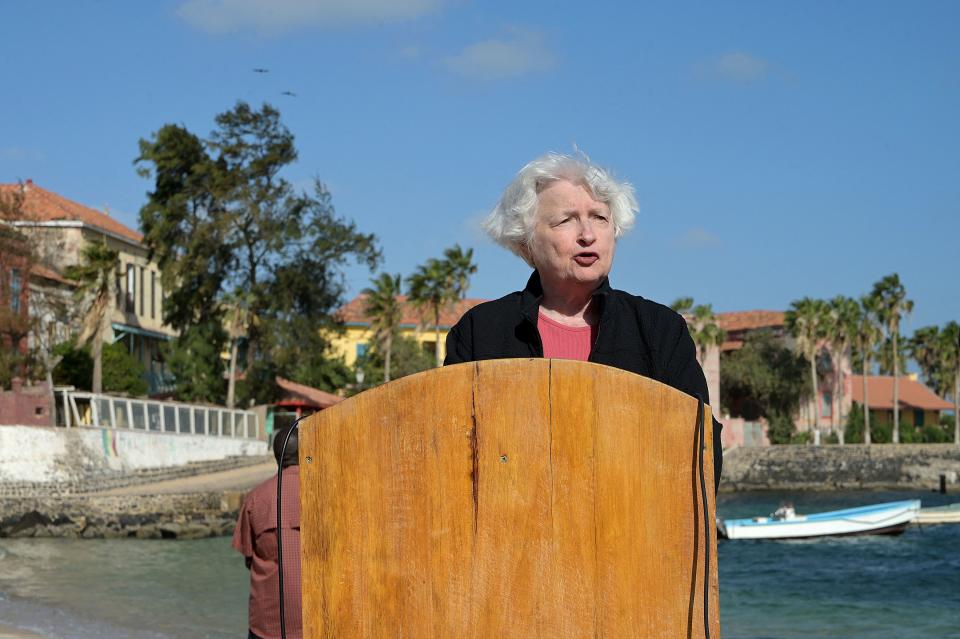 
Janet Yellen is the latest Treasury secretary to push aside the idea of minting a trillion-dollar coin, but proponents nevertheless embarked on a campaign this week to keep the idea on the table during the coming months of debt-ceiling brinkmanship — just in case policymakers get more desperate for options.

The idea, which first originated in the 1990s, is that the Biden administration could stop the standoff by simply having the U.S. Mint issue a new $1 trillion platinum coin and then use that influx of funds to pay the government’s bills.

On Monday, supporters of the debt-limit workaround gathered in a virtual seminar on the same day the Wall Street Journal published an interview with Treasury Secretary Yellen, who again said she wouldn’t do it and that the Federal Reserve likely wouldn’t even accept a coin even if she did.

“I’m trying to make a moderate, gentle case for the coin today,” said Rohan Grey, a law professor at the Willamette University College of Law, during the event. “If you want to do any other option first, be my guest, as long as that button exists before you go over the cliff.”

In other contexts, Grey has offered much less diplomatic language, telling the Washington Post last week it could be necessary to “send troops to the Fed.”

The case from these activists comes as more and more voices in Washington ask whether there is any way out of the crisis that involves Congress. On Monday, Rep. Ro Khanna (D-CA) said during a meeting with Bloomberg News reporters and editors that he thinks there’s a real chance the divided Congress will simply be frozen.

“The question is whether it’s going to come to unilateral action by the executive branch,” he said.

Over the years, the movement has been promoted by such prominent figures from Paul Krugman and Laurence Tribe to Philip Diehl, a former director of the United States Mint.

During Monday’s event, Diehl addressed Yellen’s critique, saying that the Federal Reserve Chair would, in the end, have little choice but to accept a coin if it was offered.

“Everyone would go through that theater and play their roles,” he said, “but in the end, they would do it.”

How the ‘wacky’ idea would work

The idea stems from a snippet of the U.S. code that authorizes new platinum coins with the denomination left up to the Treasury secretary’s discretion.

Then, the premise goes, this new coin could be physically minted and deposited at a commercial bank or directly at the Federal Reserve with those funds making their way to the Treasury’s general operating account to avoid a standoff. The coin, activists stress, would never need to be in circulation and would stay in the government’s vault.

The idea would almost surely invite numerous legal challenges and the Biden White House has long echoed Yellen, suggesting the Fed might not accept the coin. In 2017, just before leaving office, then-President Barack Obama reflected on a podcast with his former aides about how his administration had dismissed it as one of those “wacky ideas” that was brought up during the two debt crises he faced in 2011 and 2013.

But the idea has predictably emerged again and touted on platforms like MSNBC and the New Republic as well as in some corners of Capitol Hill. For instance, Congresswoman Rashida Tlaib re-upped the #mintthecoin hashtag last week, and in 2021, then-Speaker Nancy Pelosi told reporters that powerful New York Congressman “Jerry Nadler wants to have a coin,” but didn’t commit to the idea herself.

But advocates say they aren’t bluffing, either.

During Monday’s event, Rohan said that the Fed would be “on the wrong side of the U.S. Constitution” if it refused the coin and that trying to block it “is a recipe for constitutional collapse and a dangerous precedent more broadly.”

Click here for politics news related to business and money

Read the latest financial and business news from Yahoo Finance

Download the Yahoo Finance app for Apple or Android