Niamey (Niger) 24 November 2022 (SPS) – The President of the Republic and the Secretary General of the Polisario Front, Mr. Brahim Ghali, received this evening the Algerian Minister of Foreign Affairs and National Community Abroad, Mr. Ramtane Lamamra, at his residence in the capital of Niger, Niamey.

This reception comes on the eve of the launch of the extraordinary summit of heads of state and government of the African Union on industrialization and economic diversification, as well as the free trade zone in the African continent, to be held tomorrow, November 25, 2022, in Niamey, the capital of Niger.

The meeting between the President of the Republic, Mr. Brahim Ghali, and the Algerian Minister of Foreign Affairs, Ramtane Lamamra, focused on the distinguished bilateral relations and joint cooperation, between the two brotherly countries, Sahrawi Republic and Algeria. It also discussed various aspects of the strong relations and the prospects for future work between the two countries at different levels.

The meeting also tackled the current developments of the Sahrawi issue at the level of the United Nations and the African Union, where Mr. Ramtane Lamamra reaffirmed the firm and strong position of the Algerian government and people towards the Sahrawi issue. 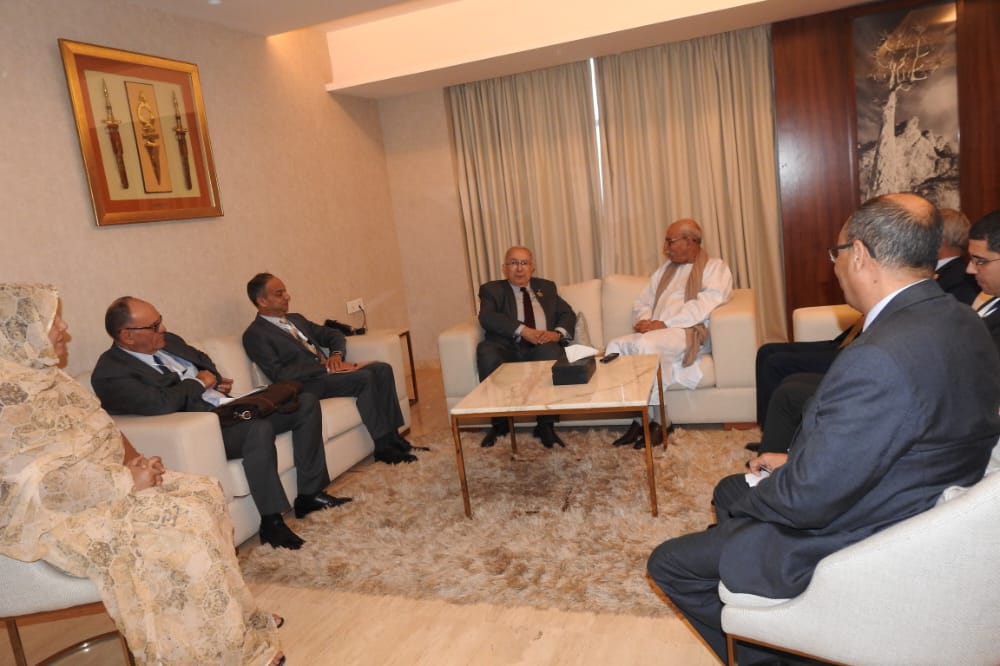 The President of the Republic is accompanied by an important delegation that includes Mohamed Salem Ould Salek, Minister of Foreign Affairs, Nana Labat El Rashid and Abdati Abrika Advisors to the Presidency, Laman Abaali ambassador to the African Union.

Unloading a reactor at the Nerpa shipyard. Sanctions imposed against Moscow for its invasion of…