Coinbase urges users to switch from USDT To USDC, details inside 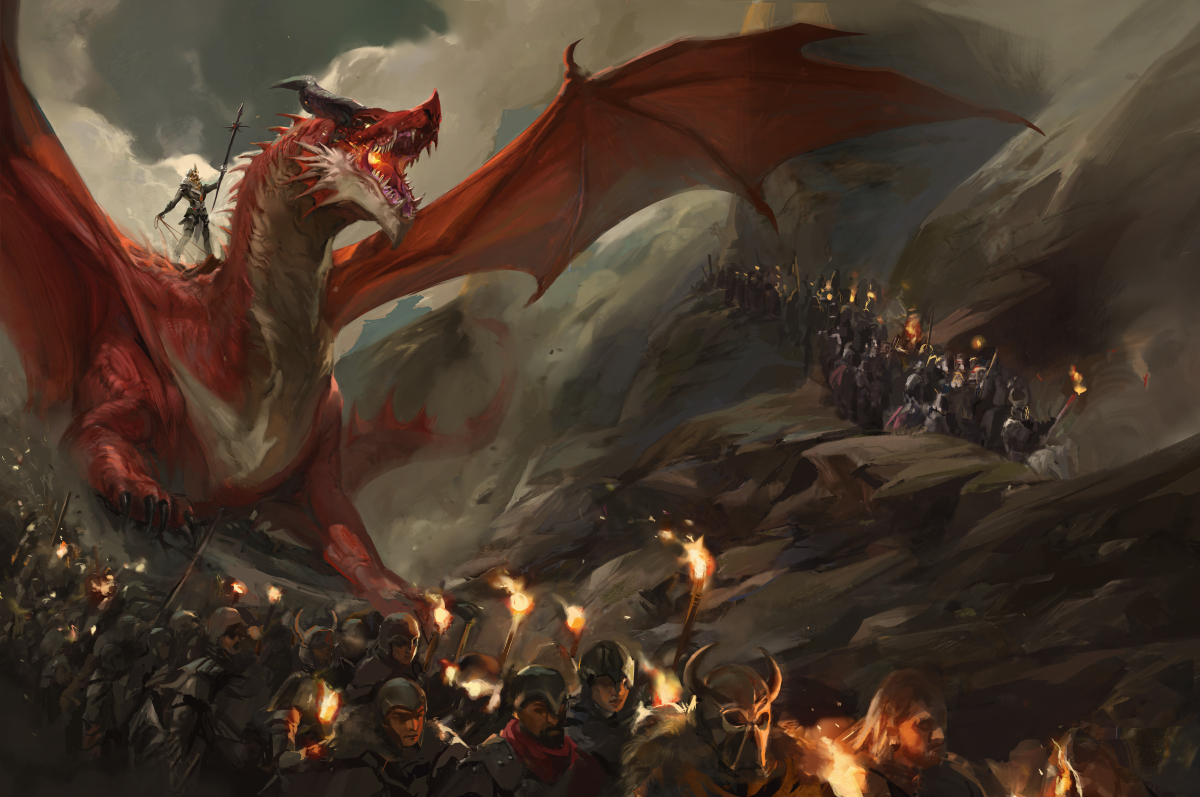 
There’s never been a better time to be a Dragonlance fan.

After a hiatus of over ten years, we now have a new Dragonlance novel — Dragons of Deceit — by Margaret Weis and Tracy Hickman, the first book in the new Dragonlance Destinies series.

And after Dungeons & Dragons (D&D) 4th Edition skipped over Dragonlance as a campaign setting, D&D 5th Edition has not just a full-fledged adventure book, but an additional board game for the franchise.

Dragonlance: Shadow of the Dragon Queen is the new, hardcover, 224-page adventure book for D&D that debuts on 6 December .

Alongside it is a board game, Dragonlance: Warriors of Krynn, that can be played alongside the adventure.

Although both products can be played as standalone games, groups who have access to both will find that there’s interactivity between the two, with instructions on how to integrate both games.

First announced six months ago, the two games are finally here for players (and DMs) to sink their claws into.

A quick introduction to Dragonlance

The Dragonlance games take place in the dragon-centric world of Krynn, where the forces of the evil dragon goddess Takhisis are opposed by heroes, as well as the good dragon god Paladine.

The titular dragonlances are specially forged weapons that can kill evil dragons.

Dragonlance: Shadow of the Dragon Queen is a “planet-spanning conflict between the forces of good and the incursion of the dragon queen Takhisis and her dragon armies,” said lead designer Wes Schneider at a press briefing in late October.

The adventure is designed for players of level 1 to 11, and revolves around the “cinematic, dynamic feeling of theatres of war”.

“Dragonlance is a setting for war — just as Spelljammer is for starfaring adventure and Forgotten Realms for high magic,” said Schneider, explaining the focus of the hardcover adventure.

Players can expect to see Knights of Solamnia, Mages of High Sorcery, Kender, and their favourite aspects of Dragonlance in the game.

So what happens in the adventure?

It takes place in Vogler, a small village in a part of Krynn that has never been elaborated on before.

Vogler turns out to be the target of dragon incursions, as the adventures takes place during the War of the Lance, the most iconic time period for Dragonlance.

Schneider also revealed two characters that would be key NPCs in the adventure — Darrett Highwater, whom the players meet while on their way to buy pies, and Raven uth Vogler, the mayor of the village.

One of the objectives of the adventure is for players to be immersed in the story, and each chapter opens with a dramatic, two-page art spread that captures the essence of that chapter.

Of course, there’s some humour in it — from none other than the Kenders.

The Gnomeflingers, catapults that fling people, make their return in the game. Surely, D&D players have tried to execute this at one time or another in their campaigns.

How about characters from the classic novels — would they appear int he adventure?

“There may be a cameo,” teased Schenider, “if you take a look at the alternate cover [for the book].”

The alternate cover features none other than Lord Soth the death knight, so it turns out that this fan-favourite villain may make an appearance in the adventure (though I was personally hoping for Raistlin Majere to cameo).

Take to the board!

With Dragonlance: Shadow of the Dragon Queen so focused on war, the companion board game, Dragonlance: Warriors of Krynn, will help to depict the military battles featured in the game.

“What are the heroes doing? Where are they going? What are they doing that has ramifications on the whole battle?” was Schneider’s answer to what Dragonlance: Warriors of Krynn was for.

He emphasised that it was not a miniatures game — it has D&D at heart.

DMs can facilitate games in Warriors of Krynn, just like they do in Shadow of the Dragon Queen.

They can also play NPC allies in the board game too.

To simulate the idea of war, mounted, ranged and melee units are available in Warriors of Krynn for players to control.

Designer Rob Daviau explained that as characters grow and level up, so will the board game — offering more options, powers and units for players to control at different tiers (similar to the different tiers of play in D&D).

While it’s not a war game per se, the board game takes inspiration from war games and Shadow of the Dragon Queen itself.

And what’s most exciting about Dragonlance: Warriors of Krynn is that the 12 core D&D classes are represented in the game — which each class having its own special power on the field of war.

Characters from Shadow of the Dragon Queen will also appear in Warriors of Krynn, such as the aforementioned Darrett and Raven. Other RPG elements that appear in the game include a reputation score.

Given that Wizards of the Coast has officially stated that Takhisis (the titular Dragon Queen of Shadow of the Dragon Queen) is Tiamat, the question is — will Takhisis use the same statistics as Tiamat did in The Rise of Tiamat?

How will Shadow of the Dragon Queen address the events of The Rise of Tiamat, if it even does, at all?

And since the adventure is for players up to level 11, how exactly will they be able to face Takhisis if she uses Tiamat’s CR30 statistics?

Perhaps that’s where the setting’s dragonlances will come into play.

Dragonlance: Shadow of the Dragon Queen and Dragonlance: Warriors of Krynn are both out on 6 December.

Our editorial team is dedicated to finding and telling you more about the products and deals we love. If you love them too and decide to purchase through the links above, we may receive a commission. Prices were correct at the time of publication.

Marcus Goh is a Singapore television scriptwriter, having written for “Lion Mums”, “Crimewatch”, “Police & Thief”, and “Incredible Tales”. He’s also a Transformers enthusiast and avid pop culture scholar. You can find him on social media as Optimarcus and on his site.

Coinbase urges users to switch from USDT To USDC, details inside